Richard Cowles graduated from the University of Texas and began in his education career in Central Africa with the United States Peace Corps.  He spent three years in Chad in the village of Pala teaching middle school mathematics.  Since starting the AP Statistics program at McCallum High School, Richard has built the program into one of the largest in the Austin school district.  In his eighteenth year teaching statistics and his fourteenth year as a College Board consultant, Richard is often exploring the use of technology, discovery and graphic organizers in aiding the understanding of statistics.  He is lucky to have an in-house consulting team consisting of his 12 year old daughter Samantha and 9 year old twins, Benjamin and Megan. 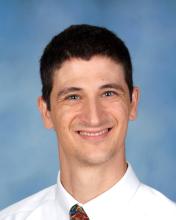